Silver necklace inspired by the Nobel Prize 2020 in Physics. It shows Sagittarius A*, the Milky Way’s central supermassive black hole, and the orbits of the brightest stars closest to the middle of the Milky Way.

The Nobel Prize in Physics 2020 was awarded to Roger Penrose, Reinhard Genzel and Andrea Ghez for their discoveries about one of the most exotic phenomena in the universe, the black hole.

Sagittarius A* necklace in silver
View in web shop 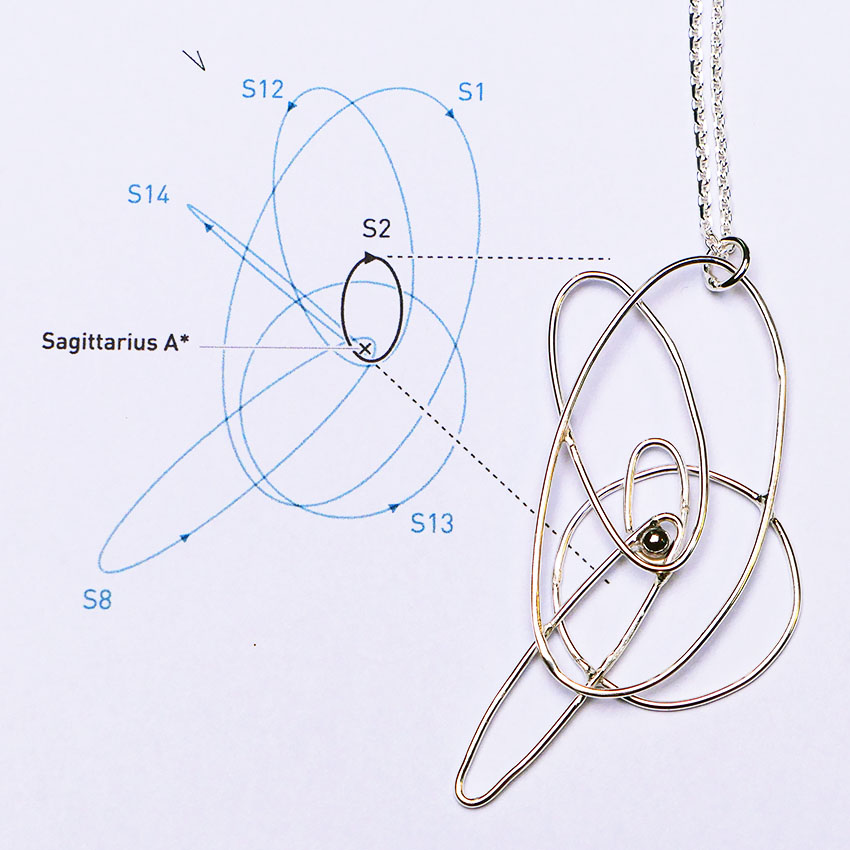 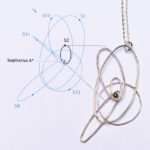 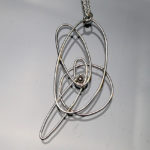