Welcome to my exhibition in Ljusgården at Hubben, Uppsala Science Park, Wednesday and Thursday, September 14th & 15th, 10 am-2 pm. 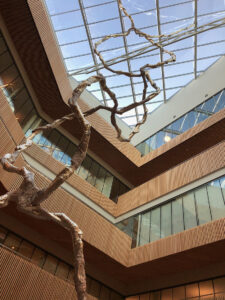 The weekend of August 27 and 28 it’s the time for the Sigtuna meeting and Sigtuna and its surroundings will be filled with life and movement. The Sigtuna Meeting has its roots in the 1912 agricultural meeting and is being organized for the 51st year. 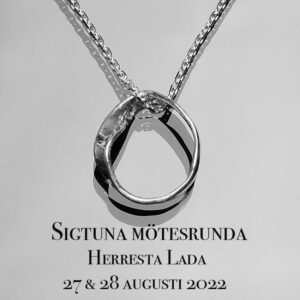 Herresta Lada in Odensala is one of the places to visit and has a craft market. I will be one of the exhibitors with my silver jewelry inspired by science.

In the cozy café, you can also relax with homemade coffee bread and Belgian waffles with jam and whipped cream.

Friday, Saturday and Sunday,  the 29th and 31st of July, is time for the popular Craft Fair in Båstad. It’s one of Scandinavia’s largest craft fairs. Products of genuine craftsmanship are offered here; everything from fashion, interior design, gold and silver to blacksmithing, ceramics, glass, woodcraft… 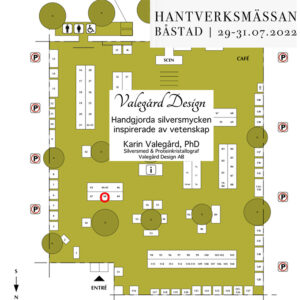 You will find me and my science inspired jewelry at stand 48.

Fibonacci spiral & Golden spiral as a silver jewelry is now available in my web shop. 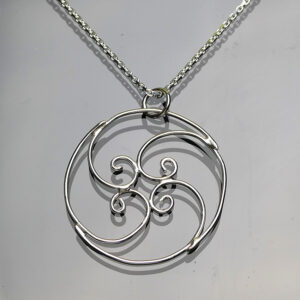 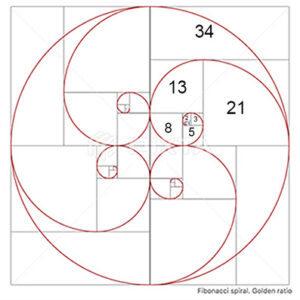 A Fibonacci spiral starts with a rectangle partitioned into 2 squares. In each step, a square the length of the rectangle’s longest side is added to the rectangle.

The Fibonacci number occurs in spiral structures in nature.

Möbius ribbon as silver jewelry is now available in my web shop.

Möbius ribbon  is a ribbon with only one side and one border.

Welcome to my exhibition ‘Vetenskap & Konst’ in Ljusgården at Hubben, Uppsala Science Park, Tuesday and Wednesday, May 17th & 18th, 10 am-2 pm. 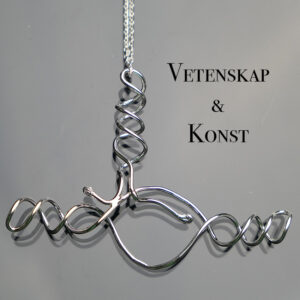 Take a nice walk in the spring sun and look at my exhibition ‘Science & Art’ in Gallery Upsala, Svartbäcksgatan 21. 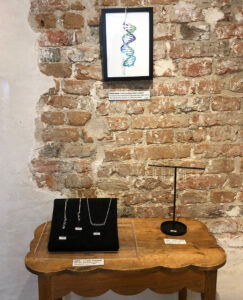 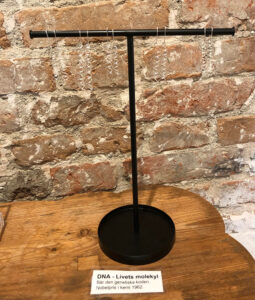 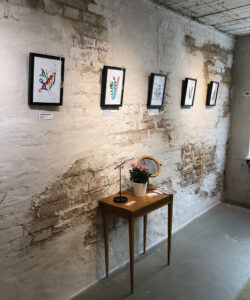 What do you do in Uppsala last of April? 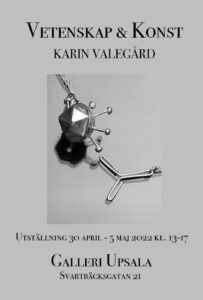 Between the rafting and ‘Gunilla klockan’, you can go to the opening of my exhibition ‘Science & Art’ at Gallery Upsala.

If you do not have the opportunity to come on Saturday, the exhibition is open every day until Thursday May 5th.

DNA – The molecule of Life

The weekend of April 23rd and 24th, it’s time for the popular ‘Vårrunda’ in Odensala. A long-standing tradition where various craftsmen in Odensala open their homes to show and sell their beautiful handicraft products. 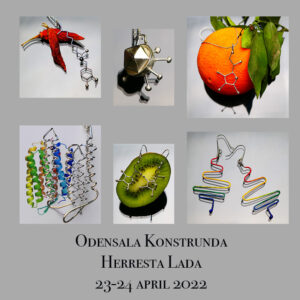 Herresta Lada is one of the places to visit and is open with an organic café, shop and exhibitors. I will be one of the exhibitors showing my silver jewelry inspired by science.